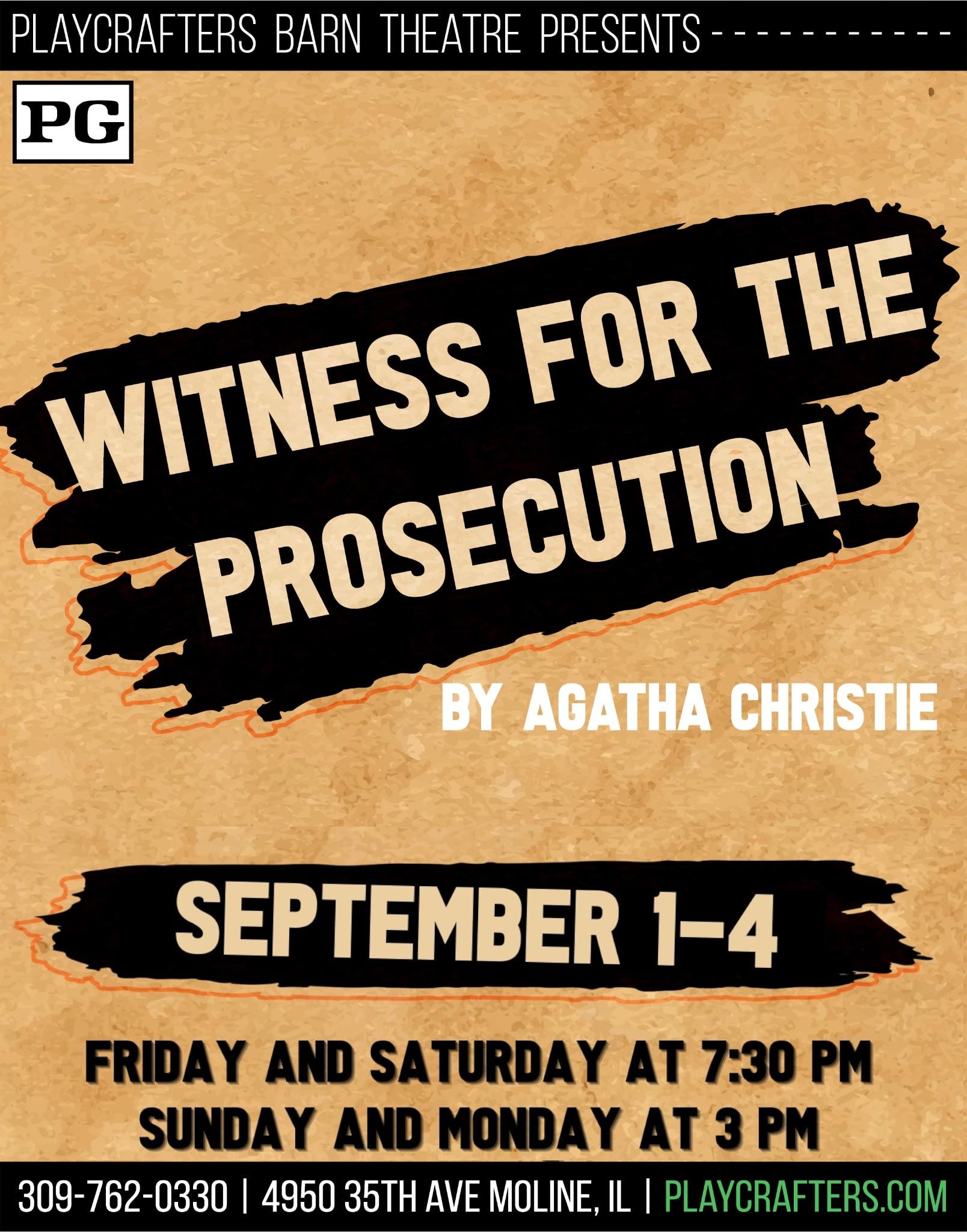 Leonard Vole stands accused of murdering a rich widow. The stakes are high with shocking witness testimony, impassioned outbursts from the dock, and a young man’s desperate fight to escape the hangman’s noose. Generally regarded as one of Christie’s most accomplished plays, this suspenseful thriller keeps audiences guessing until the very end.